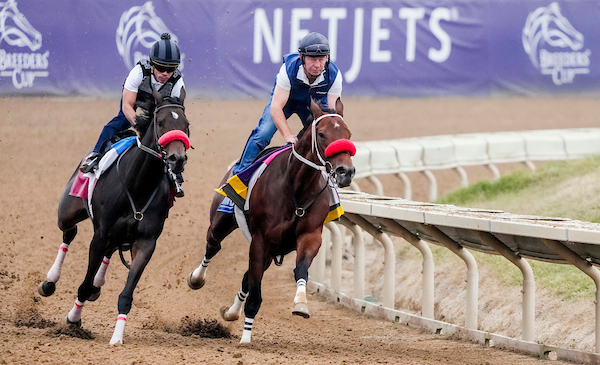 Letruska was scheduled to work on her own, but she picked up some company on the backstretch.

“I was not planning on company; it was not ideal,” said Roger Horgan, who was aboard Letruska who stayed to the inside of her unexpected companion. “She did relax. I was a bit concerned, but she switched off and let her do it on her own. I was very proud of her the way she relaxed.”

Gutierrez said Letruska handled the track well, noting that she has handled every track well in a 2021 campaign that has taken her to six tracks previously.

“I thought the work was visually impressive,” O’Neill said. “Charlie sat off his workmate and when Flavien (Prat) called on him, he responded well. He galloped out good and his energy was very high.”